Star’s bizarre threat to umpire in 1am Open epic

Hitting against Rafael Nadal for two weeks and being on a 10-match winning streak that included back-to-back titles on the ATP Tour had conditioned the young Italian well.

But winning a title the day before his Australian Open first-round match against 21-year-old, No.11-seeded Denis Shapovalov was a stretch too far.

Shapovalov took a medical time out for treatment on his left shoulder after dropping serve to surrender the fourth set, following a long and animated discussion with the chair umpire about a bathroom stop.

“I’m gonna piss in a bottle,” Shapovalov threatened the umpire.

That ended the first day of the year’s first major, one that both players and ardent tennis fans will remember. 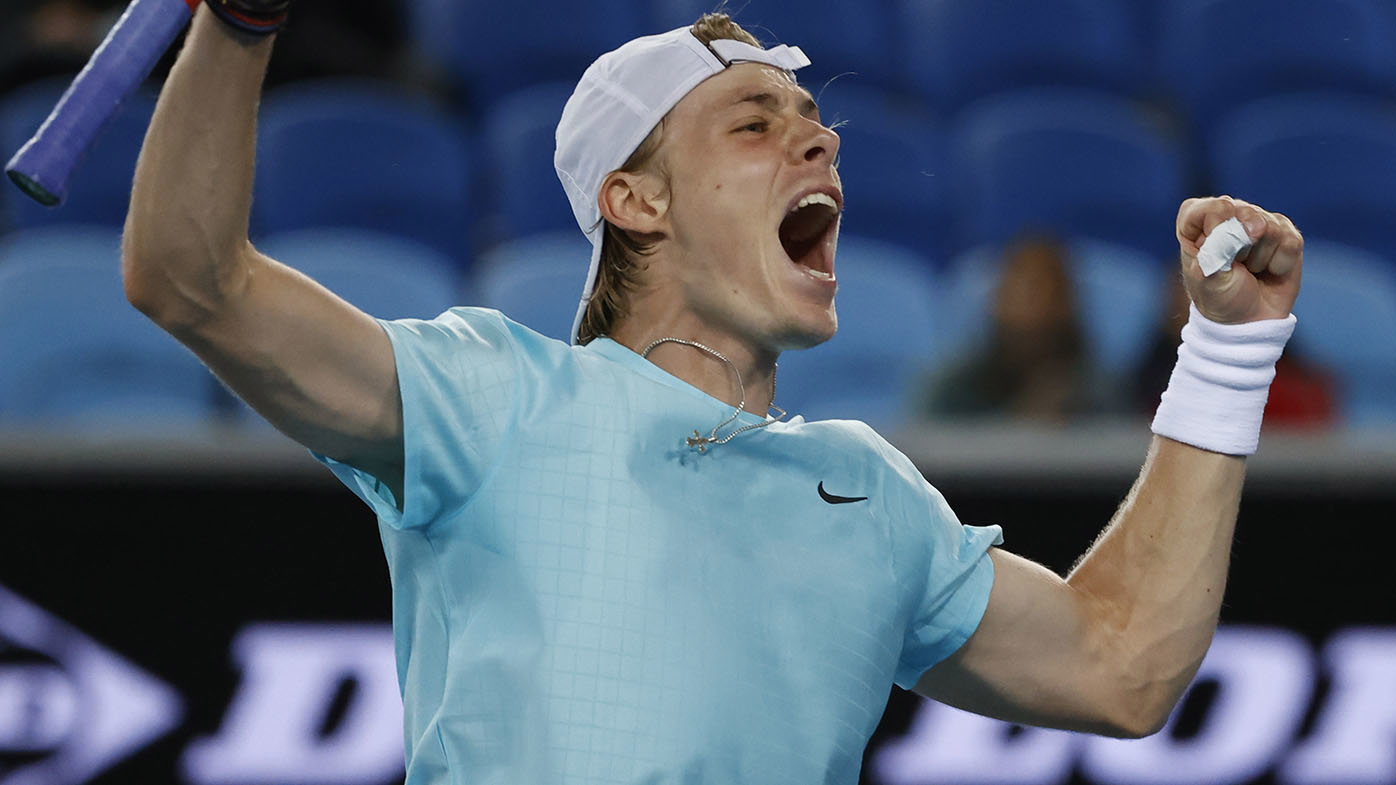 “Definitely today was just, I think, incredible tennis from both of us,” Shapovalov said.

“Honestly, Jannik is super talented. He’s such an amazing player. You know, he’s a great guy, great worker. I’m sure he’s going to be a very, very tough opponent in the future.”

For Sinner, it was an early end to his fifth major and an up-and-down month Down Under. Even at the end, he had a chance to force another game. He saved a match point and then earned a breakpoint when Shapovalov double-faulted at deuce, but his attempted passing shot to win it sailed just wide.

Since losing to Nadal in the French Open quarter-finals, Sinner has collected his first two ATP titles back-to-back. He was the youngest to do that since Nadal in 2005 and there’s high expectations he’ll win more.

Sinner said after beating fellow Italian Stefano Travaglia 7-6 (4) 6-4 in a two-hour final at the Great Ocean Road Open on Sunday that his experience was not only about winning: “Sometimes losing matches, important matches, can help you maybe even more, especially when you are young.”

He’s learned a lot in the last month, which has included a 14-day hotel quarantine and then a crammed schedule in the tuneup tournaments, which included having to play twice on one day and having to save match points in the semi-finals.

After taking the loss against Shapovalov, he was circumspect.

“I don’t think it hurt me, to be honest,” he said of his hectic week. “Obviously, I started to feel a bit tired after, but I think I can learn many things from that. I’m already looking forward to playing the next tournament with the right mentality.”

And then there’s the long-term benefit of his time this month in Australia with 20-time major winner Nadal.

“It’s a big, big lesson,” he said. “The reason why we came here was to practice with Rafa for two weeks, because I think he can give me many things about how to stay on court with the right mentality.

“Even today it’s, for me, mentally tough losing here in the fifth, but it’s going to be a lesson.” 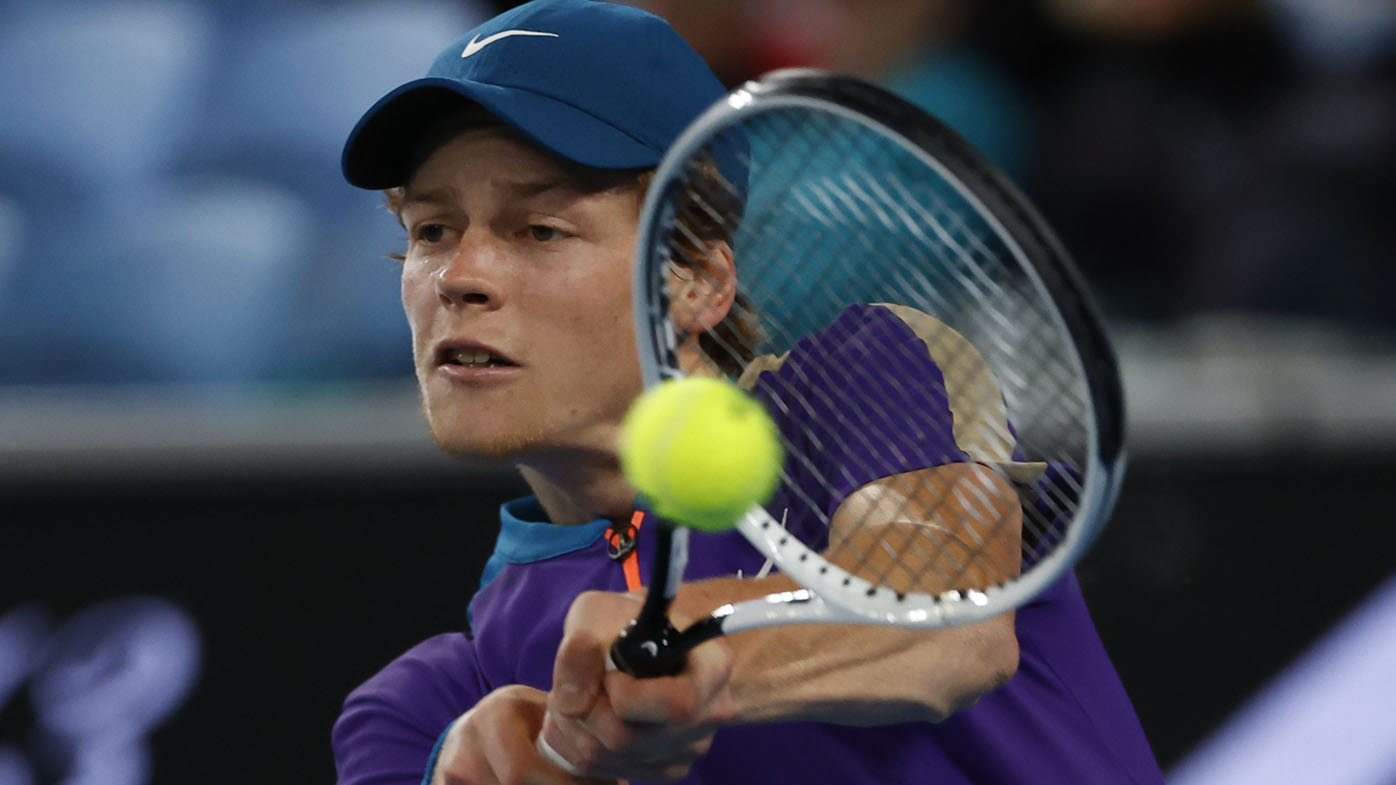 Shapovalov, at 21 and in the relatively rare position of being the older guy on court, admitted his experience proved to be the difference.

“I was able to kind of rest the last couple of days, and he’s had to play some difficult, very difficult matches — he played yesterday literally the final,” Shapovalov said.

“It’s definitely never easy before a Grand Slam, but for sure it was in my head and definitely gave me a little bit of confidence. You know, I did feel like I was probably the fresher guy on the court.”

That situation will be reversed in the second round when he meets veteran Australian qualifier Bernard Tomic, who got an easier ride through when Yuichi Sugita retired because of injury while down a break in the third set.