John Millman has been dumped out of the Australian Open by a Frenchman who stunned the crowds with some incredible antics.

Aussie fan favourite John Millman has failed to advance past the first round of the Australian Open for the first time since 2015 after losing in a five-set thriller to world No.80 Corentin Moutet. 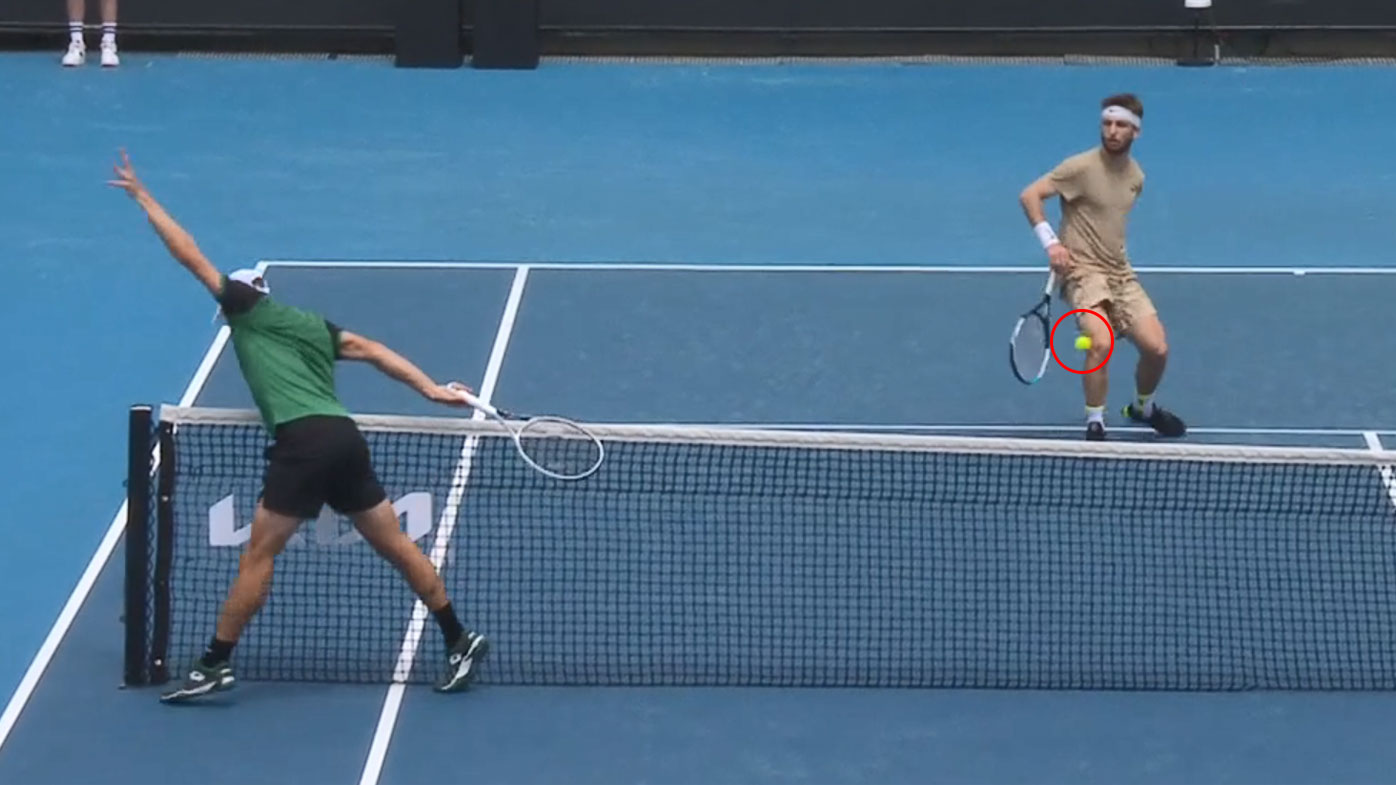 Millman will rue not being able to take advantage of his first serve when it got to crunch time, with the Aussie veteran only managing to win 43 percent of points on his first serve in the deciding fifth set.

While he ultimately overcame a deficit to roll into the second round in one of the best victories of his career, the match wasn’t without controversy for Moutet.

The Frenchman, who showed an impressive repertoire of trick shots to go with a showman’s personality, got into an argument with the chair umpire and the crowd at one point, but he showed immense mental strength to soldier on and pull out the result to advance.

Clearly filthy at allowing Millman to claw his way back into the match as the second set was decided by a tiebreak, Moutet tried to snap his racquet with his foot and copped a violation from the umpire.

Moutet bizarrely followed up his racquet stomp by throwing a ball into the ground, perhaps trying to hit his raquet (but failing). He then directed a spray at the Melbourne crowd, who had the temerity to jeer his tantrum.

Millman closed the second set out 7-4 in the breaker, squaring the match at one set apiece before seizing the momentum in the third.

The antics from Moutet returned later in the match with the Frenchman bizarrely conceding a point when he had Millman at his mercy, with the Aussie stranded so close to the net that he had to contort his body to avoid touching it.

On a crucial point, serving 30-15 ahead as he attempted to stay in the third set, down 5-3, Moutet opted not to bunt the ball into the open court, seemingly expecting Millman to cough up the point by running into the net.

However, replays showed that the Australian had employed some acrobatics to stay in the play and it’s fair to say that concession cost Moutet dearly as Millman broke his serve to take out the third set 6-3.

The commentary team was stunned by the play. 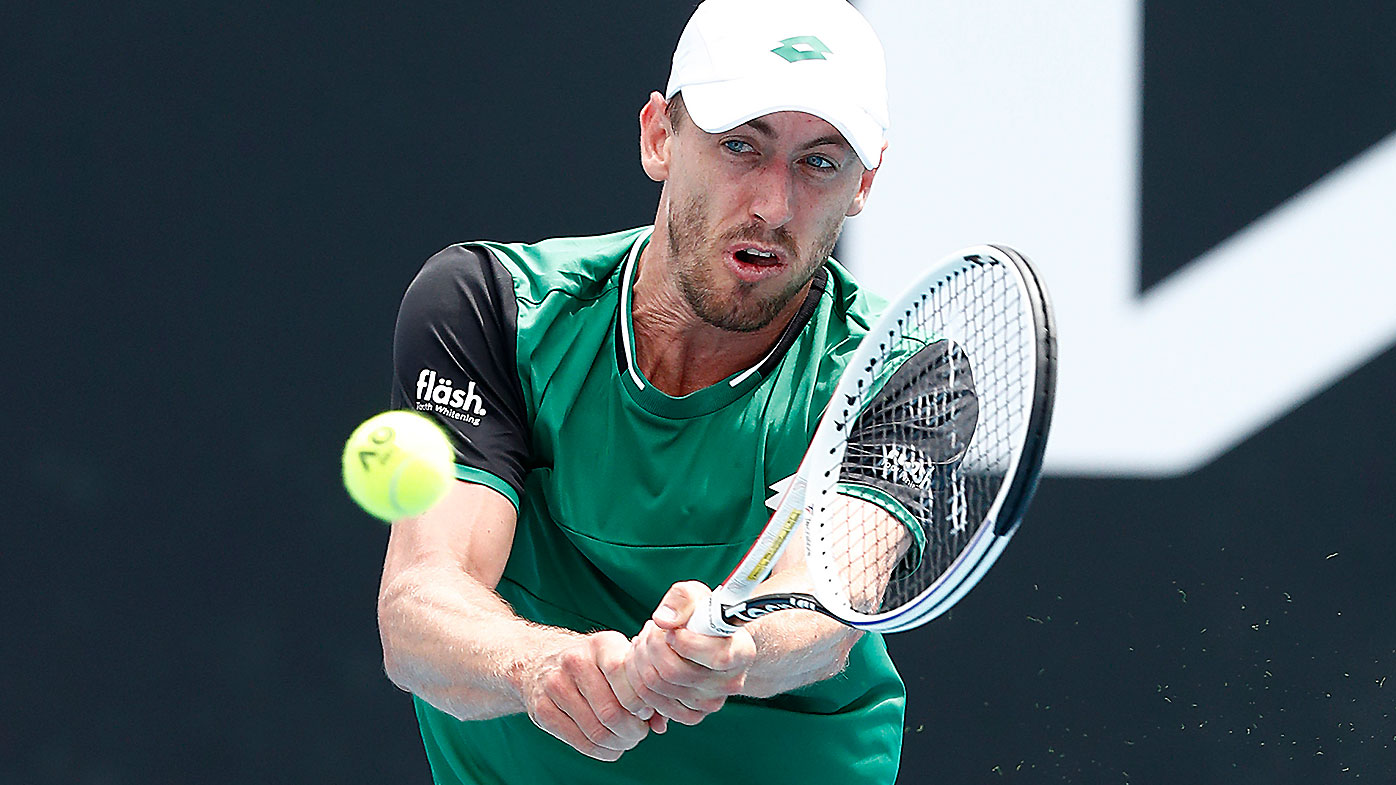 “I think Moutet thought Millman touched the net there, he tried to hit the ball behind his back and it’s 30-all,” Sam Groth said on Nine’s coverage.

“Somehow, Millman has avoided the net touch and he is going to win that point.”

Yet, even with that point cementing Millman’s two sets to one advantage, the Frenchman was able to compose himself, saving some of his best tennis for the last two sets as he wore down his opponent and the crowd, eventually advancing to the second round.