‘Suffering’ Nadal far from ready ahead of AO

Back soreness is still bothering Rafael Nadal as he prepares for the Australian Open.

Back soreness is still bothering Rafael Nadal as he prepares for the Australian Open.

The No. 2-ranked Nadal likes everything to line up perfectly, and he admitted on the eve of the year’s first major “the whole positive feelings that I had” last week after coming out of 14-day quarantine “now disappeared a little bit.”

Nadal is trying to win his 21st Grand Slam singles title, which would give him sole ownership of the men’s record. He equalled Roger Federer on 20 last October when he won at Roland Garros, his 13th French Open title.

But the back problem is causing him uncertainty. Nadal was sidelined for the ATP Cup at Melbourne Park, where he was little more than a spectator as Spain, last year’s runners-up, lost in the semifinals.

“It’s true that for the last 15 days I have been suffering with the back,” Nadal, appearing slightly dejected, told a pre-tournament news conference Sunday. “So here we are. I tried little bit today to serve again. I’m doing everything what’s possible to be ready for it. Today I am still hoping to keep improving and hope to be ready for it.” 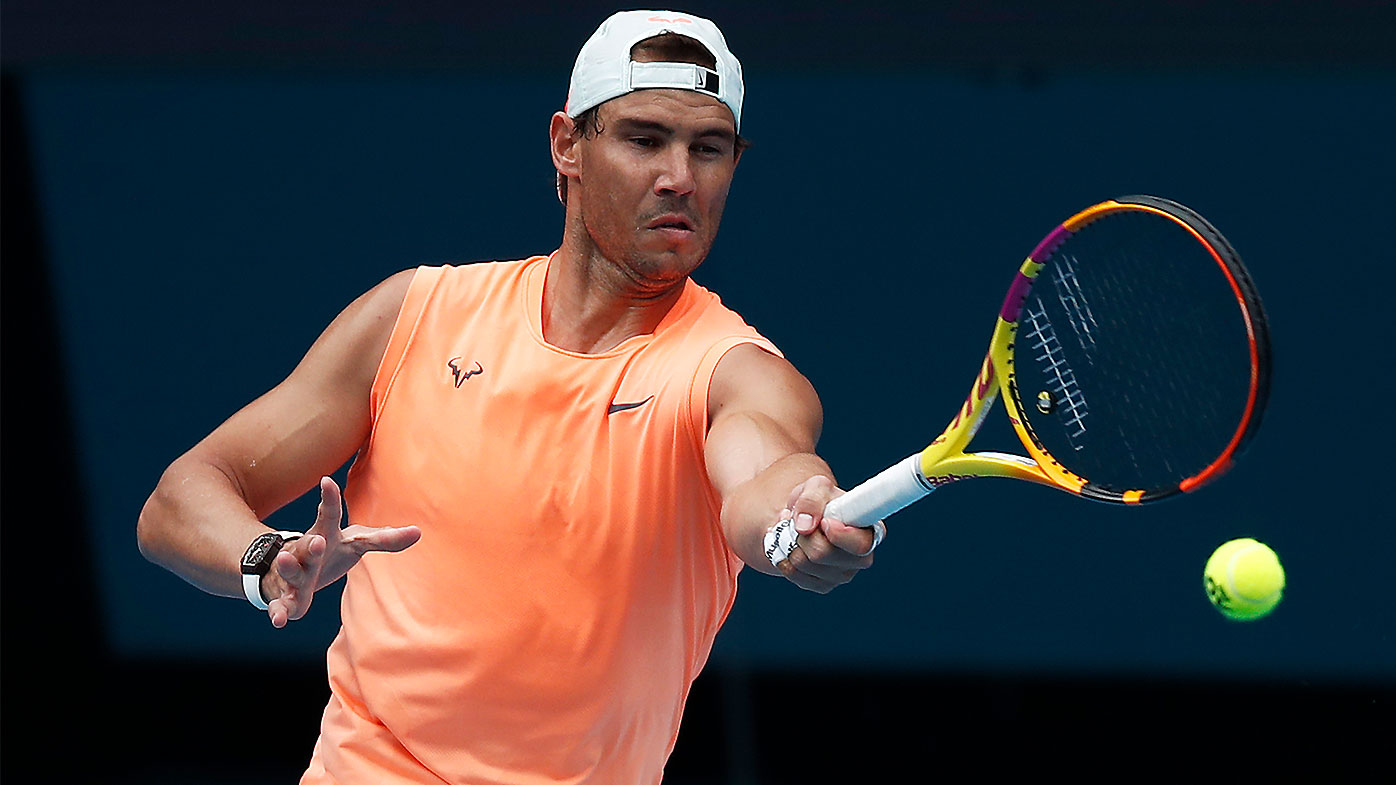 The Australian Open starts Monday, with top-ranked Novak Djokovic starting his quest for third Australian title, and a ninth overall.

Nadal is on the bottom half of the men’s draw and is scheduled to play his first-round match against Laslo Djere of Serbia on Tuesday. A win there and he could face either Viktor Troicki or Michael Mhom in the second round with a projected third-round match against Dan Evans, who won one of the six tuneup tournaments held at Melbourne Park this week.

He’s not thinking that far ahead, having been in the situation before of taking injuries and niggles into a major.

“I think about (how) we are on Sunday, I have tomorrow and then playing Tuesday, no?” he said. “I don’t think about not playing — the thing is about in which conditions I’m going to start the tournament.

“It’s not serious, but the muscle is still tight, so is difficult to play with freedom of movements. Let’s hope (the) situation keeps improving.”

Australia has been Nadal’s least successful Grand Slam venue. His only title here to date was in 2009, although he has come very close to adding another, losing the final four times at Melbourne Park.

Nevertheless, he’s still aiming to be the first man in the professional era — and third overall — to win each of the four majors twice. He won Wimbledon titles in 2008 and ’10, he has four U.S. Open titles and has a win-loss record of 100-2 in singles matches at the French Open.

His entourage and the medical team are doing everything to help, he said, and “I know sometimes things change quick. I’m going to keep staying positive.”