Novak reignites feud with Kyrgios on eve of AO

Novak Djokovic has proclaimed he doesn’t have much respect for Nick Kyrgios after the Aussie called the world No.1 a “tool” last month.

Novak Djokovic has proclaimed he doesn’t have much respect for Nick Kyrgios after the Aussie called the world No.1 a “tool” last month.

Djokovic reignited the longstanding feud between on the eve of the Australian Open when he was asked by reporters about Kyrgios’ on and off-court behaviour.

“I think he’s good for the sport. Obviously he’s someone that is different. He goes about his tennis, he goes about his off court things in his own authentic way,” Djokovic told reporters. 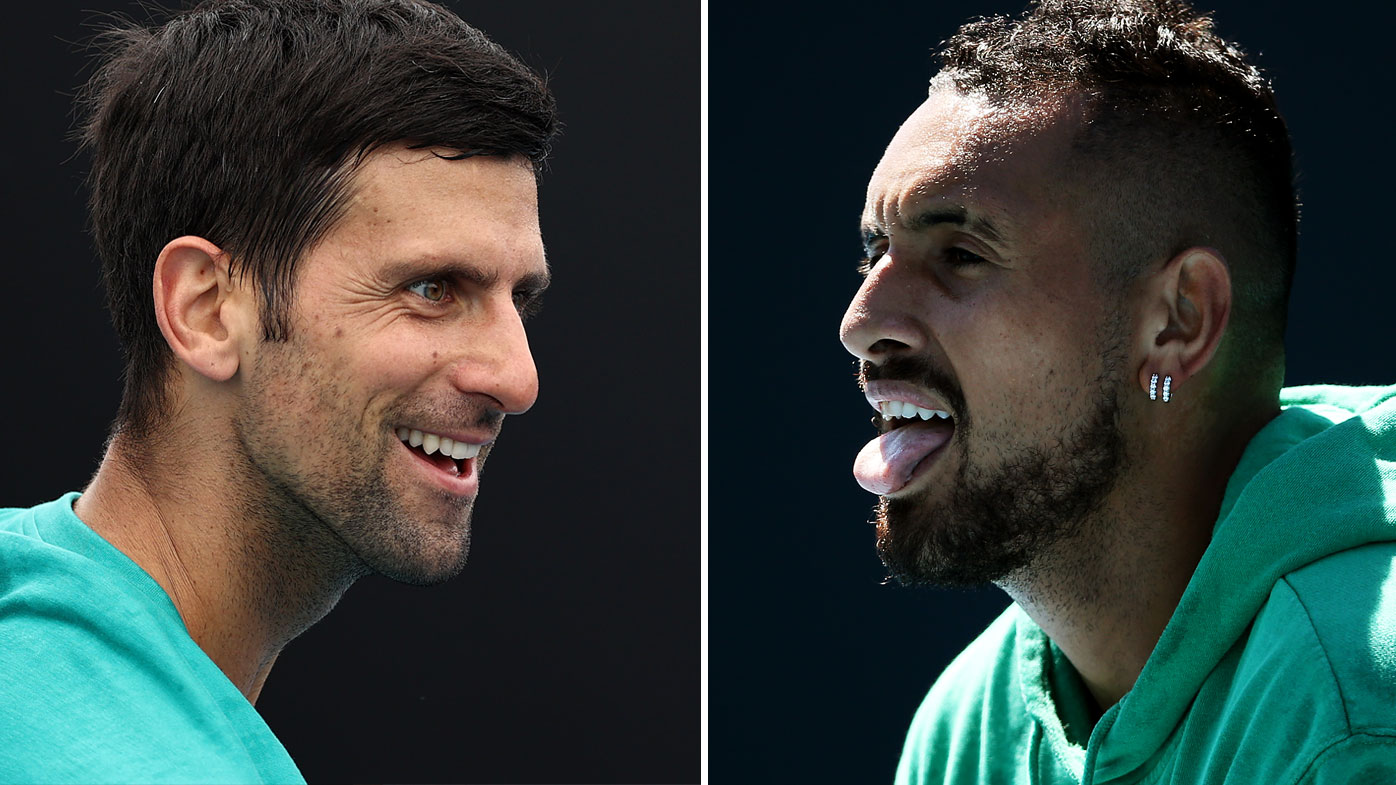 “I think he’s very talented guy. He’s got a big game. He has proven that he has a quality to beat any player really in the world in the past.

“Off the court, I don’t have much respect for him, to be honest. That’s where I’ll close it. I really don’t have any further comments for him, his own comments for me or anything else he’s trying to do.”

Djokovic was widely criticised by many in the tennis world after he sent a list of requests to Tennis Australia for players in quarantine.

Kyrgios was among the most vocal of the critics, publicly tweeting that “Djokovic is a tool.”

It was just the latest chapter in the tension between the two stars.

It all started in 2019 when Kyrgios went on New York times journalist Ben Rothernberg’s No Challenges Remaining podcast, and unloaded in an explosive interview.

“I just feel like he (Djokovic) has a sick obsession, wanting to be liked,” Kyrgios told the podcast.

During a heavily disrupted season last year, Kyrgios emerged as a “moral” voice within the tennis community, holding his fellow professionals to account for their behaviour during the pandemic, most notably Djokovic, who organised the controversial Adria Tour in June.

A host of stars, including Djokovic himself, tested positive for COVID-19 after competing in the tournament, which attracted large crowds and had limited social distancing in place.

Kyrgios was critical of the event at the time and says it’s important he spoke out, especially when it comes to someone with the stature of Djokovic, who subsequently apologised for hosting the Adria Tour event last year.