Nick Kyrgios once again found himself in the middle of controversy, but this time he has the support of one of the game’s greats.

Australian tennis legend Todd Woodbridge says he can’t understand why umpire Nacho Forcadell hit Nick Kyrgios with a time violation during his second round match at the Murray River Open.

Kyrgios refused to play after being warned, instead calling for the supervisor, insisting he’d started his serving motion before the clock reached zero.

The incident happened late in Kyrgios’ 6-2, 7-6 win over Harry Bourchier.

“The tennis isn’t about him (the umpire), he’s an extra to make sure all this s— goes smoothly,” Kyrgios complained to supervisor Cedric Mourier.

Woodbridge believes Kyrgios had a point.

“I’ve never understood an umpire giving Nick a time violation on serve, because he’s about the quickest player out there,” he told Wide World of Sports. 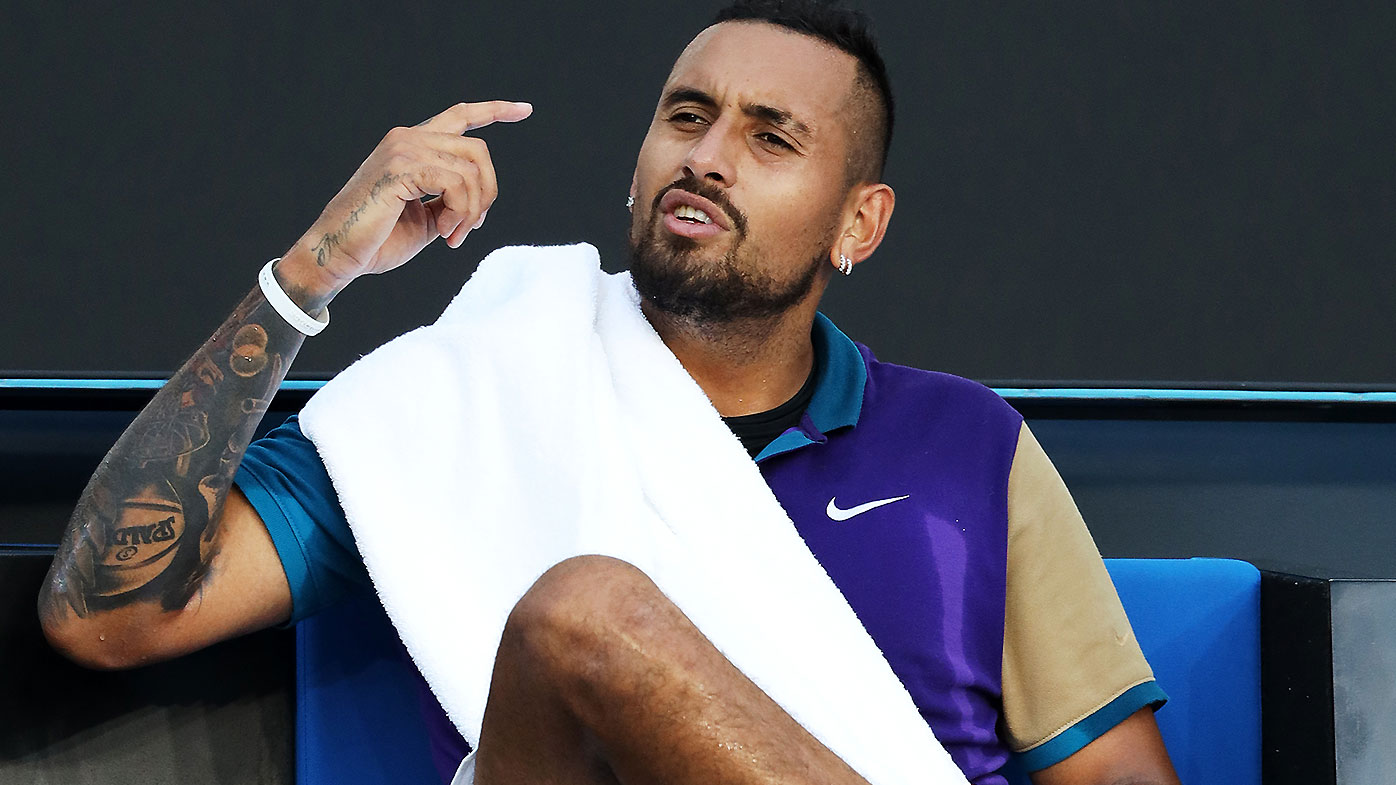 “If there was some reason, after an extraordinarily long point, where he went close to the time limit, you’d give him the benefit of the doubt.

“Within the next three serves he’d probably be 30 seconds under the limit, with 10 seconds each point.”

Bourchier appeared annoyed by the entire exchange, which came at a crucial point of the match, with Kyrgios serving at 5-5 in the second set.

“In this scenario, Nick was right,” Woodbridge said.

“What he does need to do is manage the way he deals with it, because that’s still something he can improve.

“If you want respect, you’ve got to give respect.” 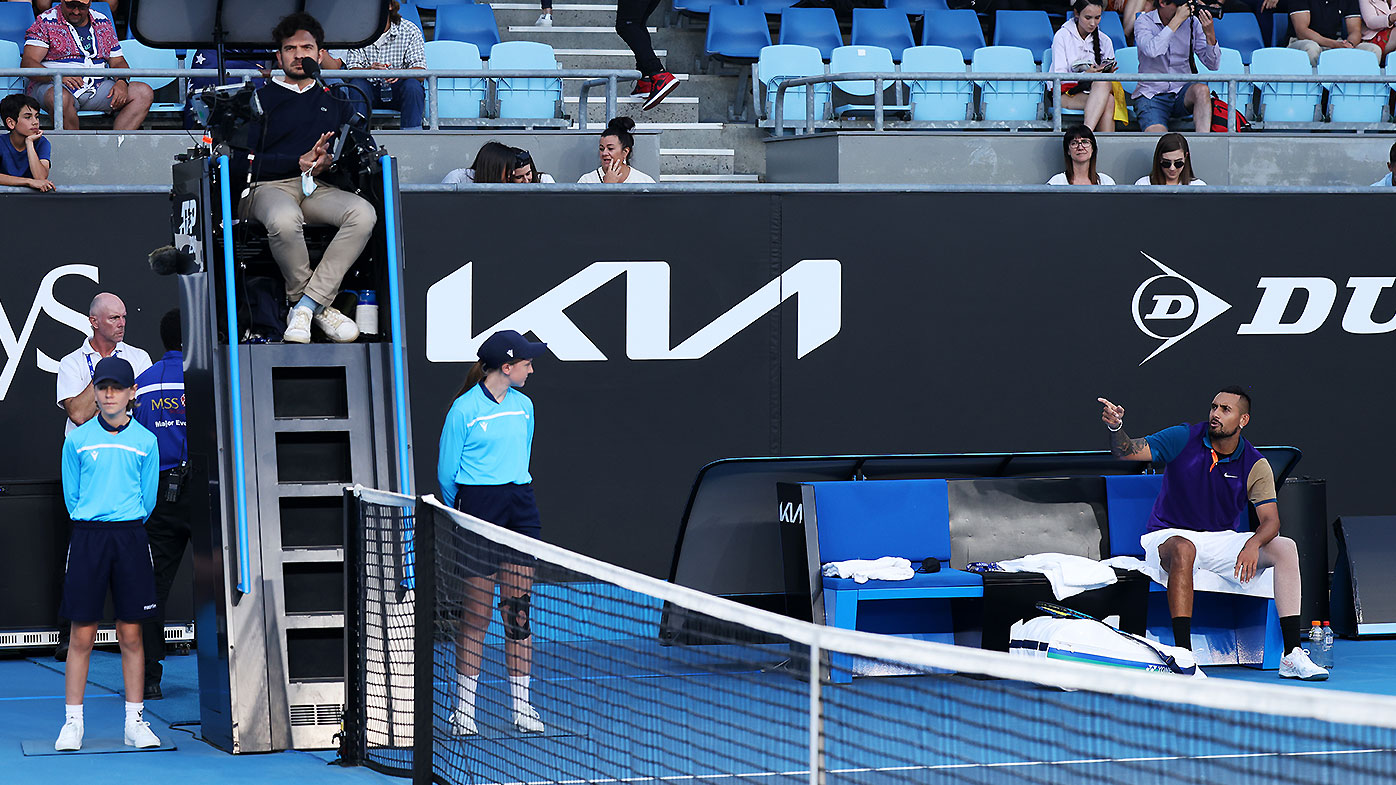 Woodbridge said Kyrgios, as well as world No.1 Ash Barty, are well prepared for next week’s Australian Open, even allowing for today’s suspension of all lead-up tournaments due to a positive COVID-19 test in Melbourne.

He said Kyrgios and Barty were the two players with the most to prove this week, having not played in nearly a year, unlike Alex de Minaur and John Millman who both returned to the game after the shutdown in 2020.

Barty dropped a set in her match yesterday against Marie Bouzkova, but is through to the quarter-finals of the Yarra Valley Classic, while Kyrgios has advanced to the third round of the Murray River Over.

“Both Barty and Kyrgios have actually had a good preparation now,” Woodbridge said. 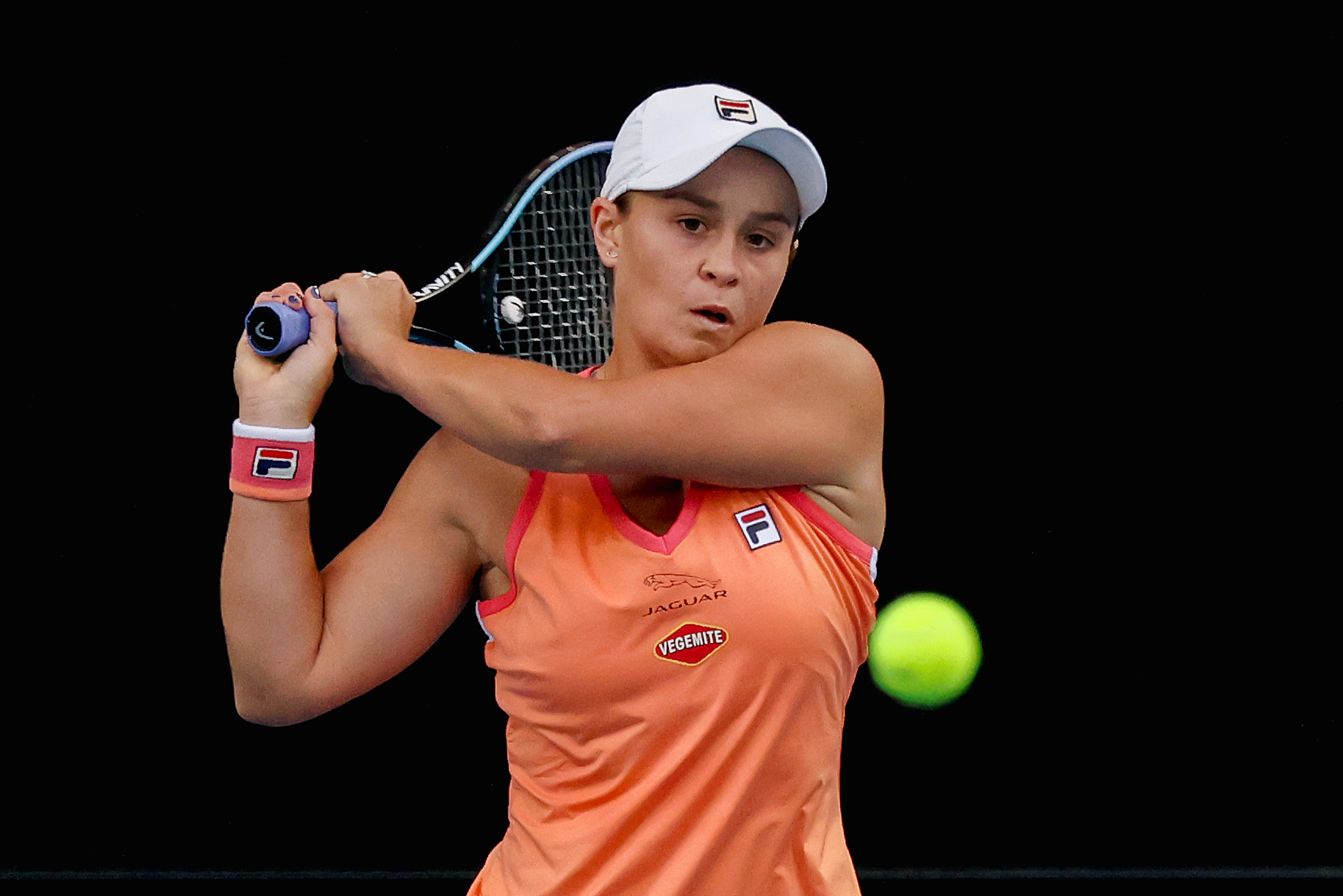 “Barty had a tough match yesterday, which is exactly what you need, it puts you under pressure and you have to adapt to get through.

“Kyrgios has also come through a tough one in the opening round.

“They’ll both know where their form is at, and matchplay is so much more demanding on the body, so they will be feeling it physically.

“They’re in good shape, and they probably couldn’t have asked for anything better. They’ve both had wins, which is good for the confidence.”

De Minaur hasn’t been as fortunate, going down to both Roberto Bautista Agut and Stefanos Tsitsipas during the ATP Cup.

But Woodbridge said that’s not a major concern heading into the Open.

“We ended up with the toughest group, and a really tough first match against Spain. Alex played two really solid matches, he’ll have a bit of a dent to the confidence, having lost twice, but we’ve got to remember he’s played two top-15 players, and that’s a hard ask in any week.

“His performance was quite good.

“We beat Greece, which you’d expect given the quality of their number two player, but overall, the players got what they needed out of it in terms of being ready for next week.”